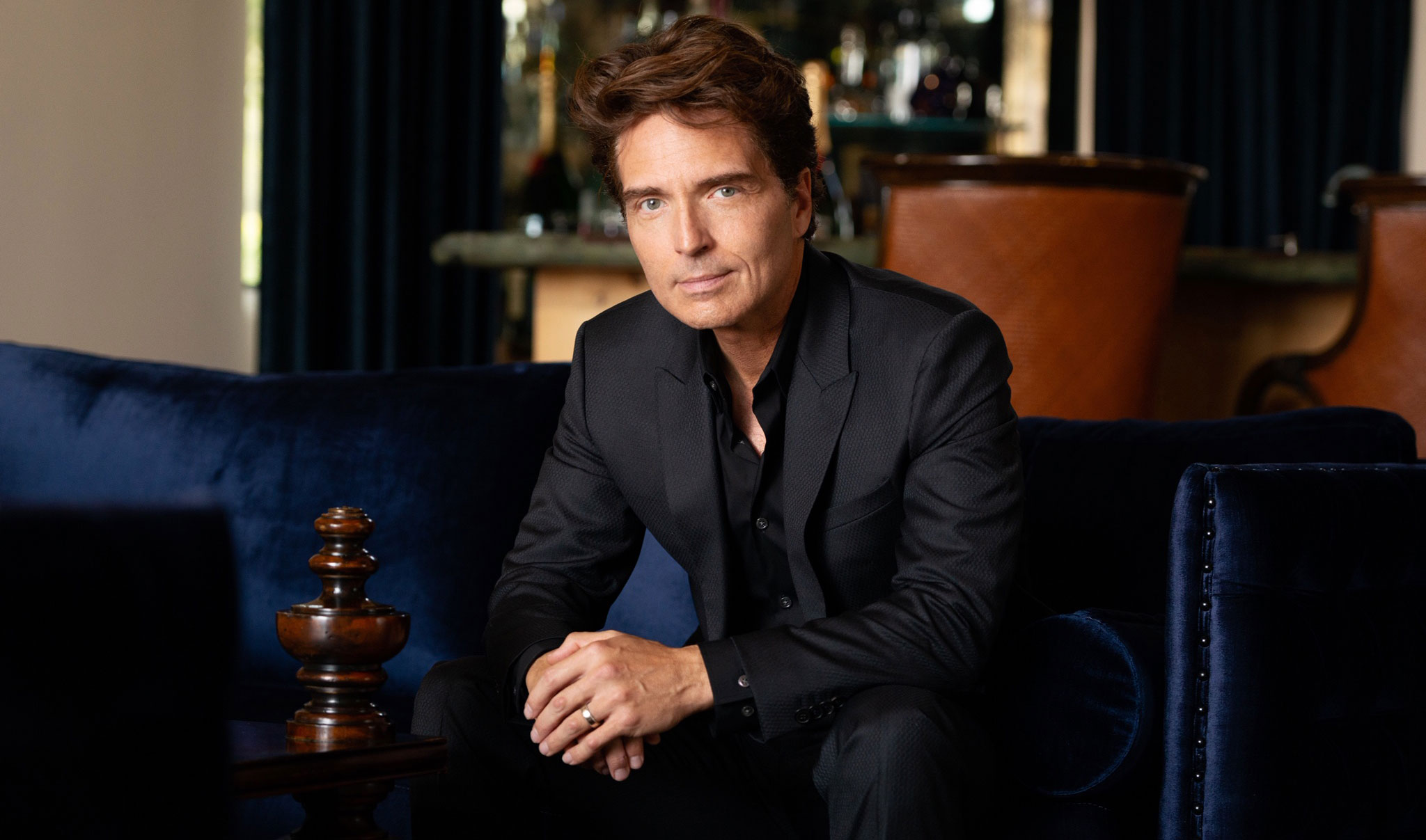 For Richard Marx, his 12th studio album, Limitless, came as a surprise for several reasons. The chart-topping, Grammy-winning artist, whose last solo album Beautiful Goodbye was released in 2014, didn’t sit down to create new music with a specific set of goals. Instead, Marx found himself reconnecting with that innate love for songwriting that set him on his successful career over 30 years ago.

“I’ve been concentrated so much on touring – that’s been the main focus of my career for the past few years,” Richard says. “But I started out as a songwriter and I had to remind myself how important that is. When I was young the impetus for me to write a song was because I loved it and because it brought me great joy. I wanted to come back to that. I had lost sight of the purpose, but I started focusing on writing again. I’ve never really stopped writing – I always have little snippets and voice notes in my phone – but this time I started to finish songs and collaborate more. The next thing I knew I had an album’s worth of music.”

Richard spent nearly four years writing and recording over various sessions in between tour dates. The process started with “Let Go,” a cathartic collaboration with producer Morgan Page and Richard’s wife Daisy Fuentes. The mid-tempo pop number arrived during a pivotal time in Richard’s life, coming to fruition just as everything around him was shifting.

“When you’re someone who likes to maintain control the hardest thing you can do is to relinquish it and give in, so that became the concept of the song,” he notes. “The lyrics are very reflective of change. It’s about literally letting go, and relinquishing your white-knuckled grip on life. We fool ourselves into thinking we can control anything. It’s a much healthier existence to breathe and know that you can only control your response to a situation.”

The album also includes “Not In Love,” a co-write with Sara Bareilles, and two collaborations with Richard’s son Lucas, “All Along” and “Another One Down.” After hearing the songs Lucas was writing for other artists Richard asked him to work together. They penned “Another One Down” in less than an hour and recorded it in only a few more. The track represents where Richard is evolving as an artist, reflecting a catchy hybrid of his signature style and modern pop music, as does “Love Affair that Lasts Forever,” a sultry love song with a pulsating hook. The album’s closer, “This One,” is another collaboration, written by Richard and Vertical Horizon frontman Matt Scannell. The pair wrote the intimate acoustic song years ago and Richard rediscovered the track on his laptop, putting it on Limitless in its original demo form.

“I completely forgot it existed,” he says. “I played it and I got really emotional listening to it. A lot of people can relate to the idea of the one that got away, the one you can’t forget. This is an example of a song that started out really personal and has become universal as I’ve played it live.”

The album takes its title from “Limitless,” a buoyant, propulsive pop number Richard made with Michael Jade. On the surface it’s a love song, but underneath the lyrics reflect where Richard finds himself in his career and in his life overall. “This whole project was a reminder that I’m one of those blessed people who can do whatever I want,” Richard says. “I don’t have to clock in. I don’t have limitations in my life. I have very little compromise. I can work or create as much or as a little as I want. I’m constantly reminding myself of how grateful I am to have this sort of life of so little limitation. It’s all about fun at this point. I really have nothing to prove and nothing to lose.”

In many ways, Limitless embraces Richard’s history as an artist but also reaches forward, veering into new territory and embracing the idea that there are no rules. There’s an underlying sense of fun that threads through the songs, particularly on Richard’s collaborations with other musicians and producers.

“I’m more open to not doing my usual thing as a songwriter than I’ve ever been before,” he says. “When you’ve written as many songs as I have you develop patterns and you know what works in a song. I’ve done that many times successfully. But there’s something beautiful about fighting that instinct and doing something new. Now I always ask myself, ‘What else is there?’”

Richard has sold more than 30 million albums worldwide, starting with his self-titled debut which went to No. 8 on the Billboard Top 200 chart. The album spawned four Top 5 singles, including “Hold on to the Nights” and “Don’t Mean Nothing,” which earned him a Grammy nomination for Best Male Rock Vocal Performance. His follow-up, 1989’s Repeat Offender, was even more successful, hitting No. 1 and going quadruple-platinum with two No. 1 singles, “Satisfied” and “Right Here Waiting.” He has since

made history as the only male artist whose first seven singles reached the Top 5 on the Billboard charts.

Richard has also written on a No. 1 single in each of the last four decades, an accolade previously only reached by Michael Jackson. He has written with numerous artists, including “To Where You Are,” the first hit single from Josh Groban’s debut album, and the NSYNC smash, “This I Promise You.” He went on to earn a 2004 Song of the Year Grammy for co-authoring Luther Vandross’ “Dance with My Father.” Overall, he has scored 14 No. 1 singles (including Keith Urban’s No. 1 smash “Long Hot Summer”), both as a performer and as a songwriter/producer, revealing him a true multi-talented performer who continues to challenge himself and his fans.

In addition to being a musician, Richard is a committed philanthropist, supporting charitable causes like the American Cancer Society and the Ronald McDonald House Charities, Mercy For Animals, ASPCA, Humane Society, St. Jude Children’s Research Hospital, and the charity closest to Richard’s heart, the Cystic Fibrosis Foundation, for which his produced events have raised over $4 million for research. The musician has toured extensively for the past three decades, building a strong fanbase all over the world that only continues to grow. The legacy of his career as a songwriter, singer and musician is now well established and Richard is happy to continue on his trajectory, wherever it takes him.

“I have so much gratitude,” he says. “I’m so excited that I’m still doing this and it’s on a level that I’m really proud of. It’s amazing that I can go to these places in the world where they might not be able to pronounce my name properly, but they sing along to all the songs in the show. People come back again and again and I’ve very proud of my live show. I want fans to walk away feeling like they know me after a concert.”