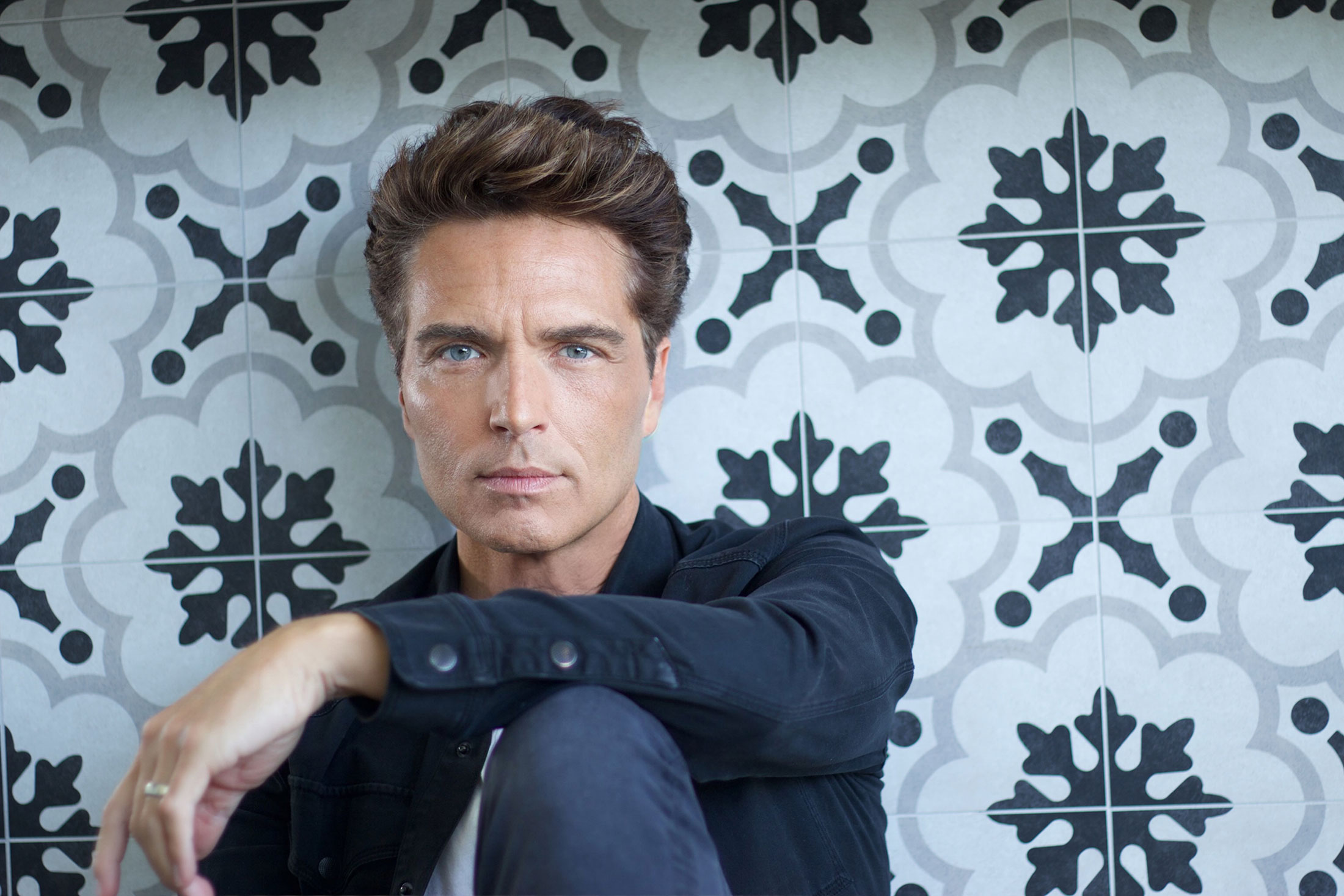 2022 marks Richard Marx’s thirty-fifth year as a recording artist, and his thirty-eighth as a professional songwriter. 1984’s “What About Me,” released as a trio by Kenny Rogers, Kim Carnes and James Ingram was co-written by Richard and became not only his first song recorded by an artist, but his first number one as a writer. On September 30th, Marx will release his unique and ambitious new album, simply and appropriately titled Songwriter.

Songwriter contains twenty tracks crossing four different musical genres. Five pop songs, five rock songs, five country songs and five beautiful ballads. “I’ve had such an amazing opportunity in my songwriting career to write all kinds of songs with, and for, all kinds of artists,” says Richard. “It finally occurred to me that there was no reason not to record an album of my own that touches on multiple genres I love.”

While he included a few existing songs that were written in the recent past, the bulk of Songwriter was created over the past year. “For instance,” Richard says, “I wrote a modern rock song a few years back called “Just Go” that I really love but I didn’t feel it fit the vibe of my last two albums. The band and I played it live a few times and people seemed to really love it, so I’m happy to finally get it out there.”

While several of the songs on Songwriter were composed by Richard alone (as on all of his previous albums) collaborations make up the majority of the tracks, including some co-written with various music superstars. “One Day Longer” was written by Richard and his longtime friend, Keith Urban, who has taken previous collaborations by the two (“Better Life” and “Long Hot Summer”) straight to the top of the country charts. “Breaking My Heart” was co-written with Darius Rucker and former Evanescence founder, David Hodges. “My Love, My Enemy” is a gem of a rock song written by Richard and another longtime friend and collaborator, Vertical Horizon’s Matt Scannell. “One More Yesterday” was composed with Chris Daughtry and Lifehouse’s Jason Wade. And a new ballad, “Always” is the creation of Richard and one of his lifelong heroes, the legendary Burt Bacharach. “The experience of sitting in a room and writing a song with Burt is something I consider one of the greatest thrills of my life. That we wrote a song we’re both so deeply proud of and in love with makes me all that much more grateful. Plus, we’ve become really good pals. Burt is ninety-four and all he wants to do is write more great songs. He’s such an inspiration.”

Additionally, Richard collaborated with two of his sons, both singer-songwriter-producers in their own right. “Shame On You” and “We Are Not Alone” were written with Jesse Marx (whose debut EP under the band name Mark This Hour was recently released) and Lucas Marx co-wrote and produced three songs, including the album’s first single, “Same Heartbreak Different Day”.

Songwriter is another chapter in not only a long and illustrious career, but the latest project in a recent flurry of creative endeavors. In February 2020, Richard released Limitless, an album which spawned a top 15 single and hit #2 on the iTunes pop albums chart. In 2021, Richard’s memoir, Stories to Tell became a national bestseller and its soundtrack went top ten. The paperback edition of Stories to Tell was released in July, 2022.

Richard Marx has sold more than 30 million albums worldwide, starting with his self-titled debut which went to No. 8 on the Billboard Top 200 chart. The album spawned four Top 5 singles, including “Hold on to the Nights” and “Don’t Mean Nothing,” which earned him a Grammy nomination for Best Male Rock Vocal Performance. His follow-up, 1989’s Repeat Offender, was even more successful, hitting No. 1 and going quadruple-platinum with two No. 1 singles, “Satisfied” and “Right Here Waiting.” He has since made history as the only male artist whose first seven singles reached the Top 5 on the Billboard charts.

Richard has also written on a No. 1 single in each of the last four decades, an accolade previously only reached by Michael Jackson. He has written with and for numerous artists, including Barbra Streisand, Keith Urban, Kenny Rogers, Celine Dion, Chicago, Natalie Cole, Kenny Loggins, Vince Gill, Daughtry, The Tubes, Martina McBride, Lifehouse, NSYNC, Michael Bolton, Vixen,  and Josh Groban, He also went on to earn a 2004 Song of the Year Grammy for co-authoring Luther Vandross’ “Dance with My Father.” Overall, he has scored 14 No. 1 singles both as a performer and as a songwriter/producer, revealing him a true multi-talented performer who continues to challenge himself and his fans.

In addition to being a musician, Richard is a committed philanthropist, supporting charitable causes like the American Cancer Society and the Ronald McDonald House Charities, Mercy For Animals, ASPCA, Humane Society, St. Jude Children’s Research Hospital, and the charity closest to Richard’s heart, the Cystic Fibrosis Foundation, for which his produced events have raised over $4 million for research. The musician has toured extensively for the past three decades, building a strong fanbase all over the world that only continues to grow. The legacy of his career as a songwriter, singer and musician and now author is now well established and Richard is happy to continue on his trajectory, wherever it takes him.

“Every year that I get to continue writing songs, making records and doing concerts all over the world, I become more grateful. We musicians are the only occupation I can think of, other than athletes, who have the incredibly good fortune to use the word “play” for what we do. The “Songwriter” album is a longtime dream of mine finally realized, and I still have a bunch of cards up my sleeve.”

Richard lives with his wife, Daisy Fuentes, in Malibu, California.