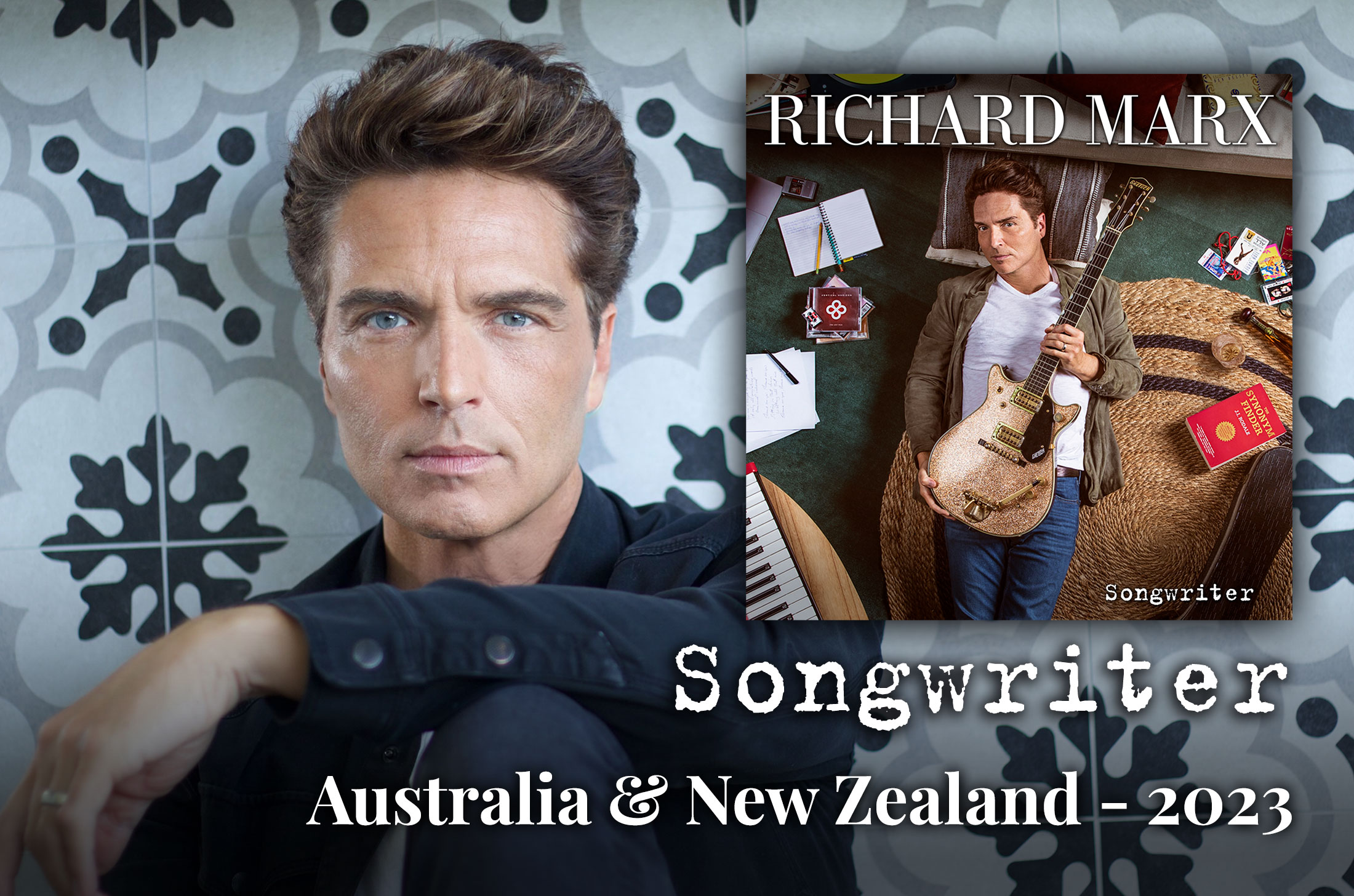 Frontier Touring and Arena Touring are delighted to announce the return of Grammy-winning singer, songwriter, producer and best-selling author Richard Marx as he brings his 9-date ‘The Songwriter Tour’ to Australia and New Zealand in February and March 2023.

Frontier Members pre-sale kicks off Tuesday 4 October at 1pm local time before the General public on sale on Thursday 6 October at 12noon local.  Tickets via: frontiertouring.com/richardmarx

Richard Marx is a cultural touchstone, whose influence remains steadfast in pop culture today having written and performed some of the most indelible hits of the late ’80s and early ’90s, ‘Endless Summer Nights’, ‘Hold on to the Nights’, ‘Should’ve Known Better’, ‘Don’t Mean Nothing’ and ‘Right Here Waiting’.

Marx’s unwavering talent has led him to a string of triumphs through classics ‘Right Here Waiting’ which reached #1 status in both Australia and New Zealand and ‘Hazard’, also peaking at #1 in Australia and #7 in New Zealand.  With a loyal following Down Under, Marx has enjoyed eight Top 40 Hits in Australia along with other smash singles such as the hauntingly beautiful ‘Now and Forever’, ‘Angelia’, ‘Take This Heart’ and ‘Satisfied’.