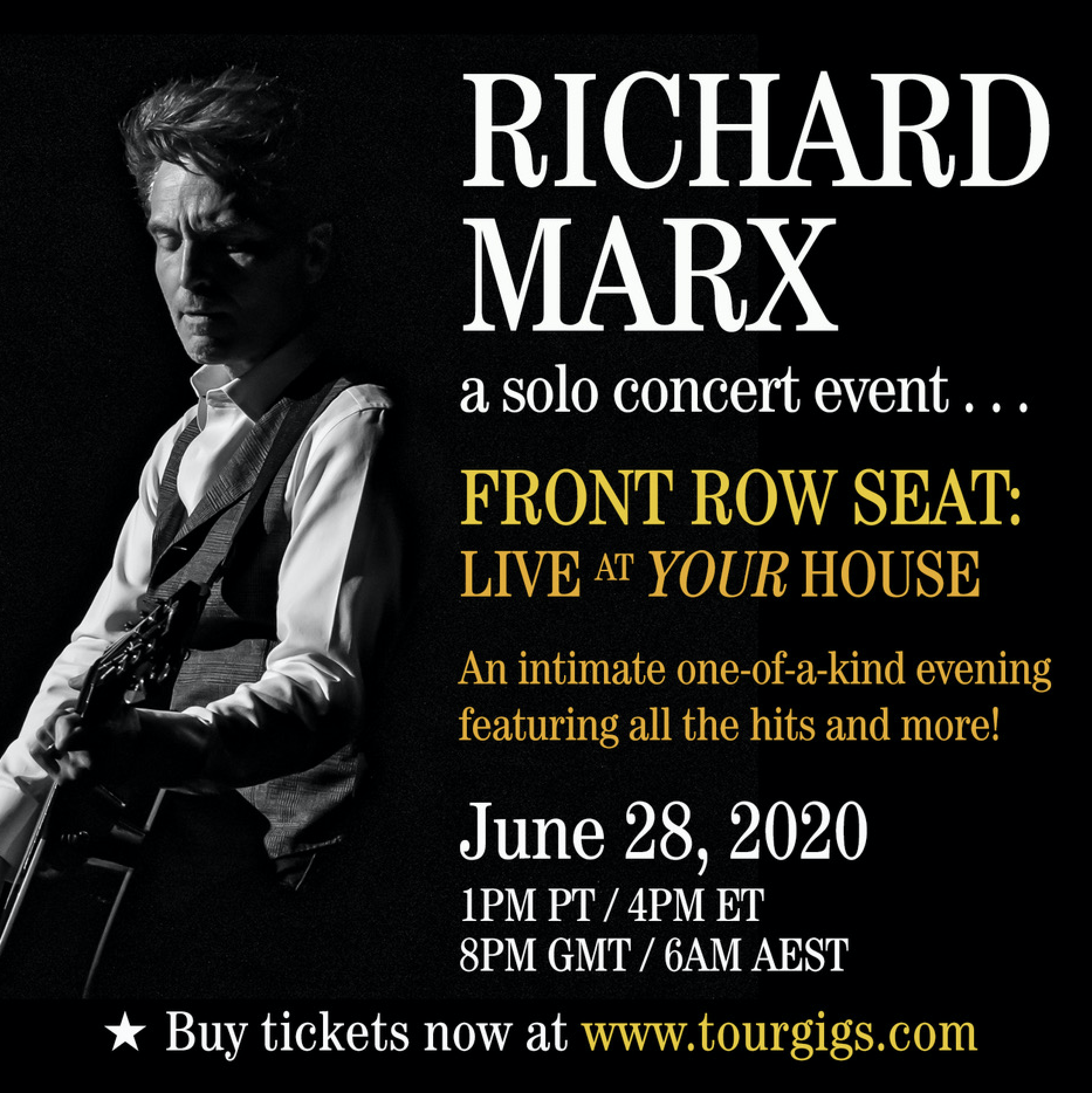 Marx – who earlier this year, postponed his sold-out, 21 date European solo acoustic tour – will perform hits, fan favorites and selections from his new album ‘Limitless,’ out now on BMG. The special event will be a chance for Richard’s fans to see an up-close and personal performance by the celebrated artist in an elegant setting, all from the comfort of their own homes.

Fans will have the opportunity to purchase tickets at a variety of tiers, including a VIP package that will give audiences exclusive access to Richard’s soundcheck, a pre-show fan Q&A, a t-shirt bundle, and more. $5 from every t-shirt bundle sold will go to the charity No Kid Hungry.

Watch a trailer for the event here

“Performing live has been one of the greatest gifts of my life, says Richard. “Not being able to entertain people these last months has been a strange and difficult adjustment. Until it is once again safe for us to gather together for concerts, this is the next best thing. I’m going to play the same show I would if I was on a concert stage somewhere and even though I won’t be able to see or hear you, knowing you’re seeing and hearing me and imagining you singing along will be pure joy for me. I can’t wait to play for you.”

‘Front Row Seat: Live At Your House’ is a natural progression for Richard, who since March has been performing short sets on Instagram and YouTube as part of his weekly series, #Beachin. Richard has also been keeping busy with his live interview series #SocialDistancing – which airs on Richard’s Instagram and YouTube, and has featured a range of notable guests such as Katie Couric, Paul Stanley and Steve Madden – and Tequila Talk, his new podcast with wife Daisy Fuentes.

ABOUT NO KID HUNGRY

No Kid Hungry is a national campaign run by Share Our Strength, a nonprofit working to solve problems of hunger and poverty in the United States and around the world. After 25 years of successfully investing in local nonprofits and helping find the best approaches to eradicating poverty and hunger, Share Our Strength launched No Kid Hungry in 2010.