Richard Marx and Matt Scannell Perform “We Are”

My dear friend, Matt Scannell (of the band Vertical Horizon) and I have been doing shows as an acoustic duo off and on for several years. In 2008 we played a show at the Wildhorse in Nashville and decided to film it. The audience was incredible and we had a blast.

We’ve never released the footage from that show and decided we’d at least show you a couple of the songs filmed that evening. First up is Matt’s song, “We Are.” It’s arguably my favorite Vertical Horizon track, and I absolutely love playing and singing it with Matt. Stay tuned for another song next week. Cheers! RM 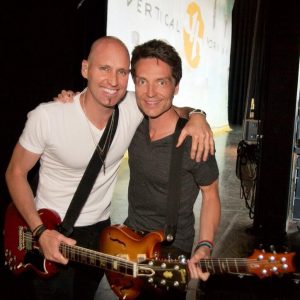 You Never Take Me Dancing

In 1997, I released a CD called “Flesh and Bone” which included a song I wrote called “You Never Take … READ →